History of volunteerism in the US: A crash course

From the Revolutionary War to the Women's March, the United States has had a long history of volunteering. Learn about the evolution. 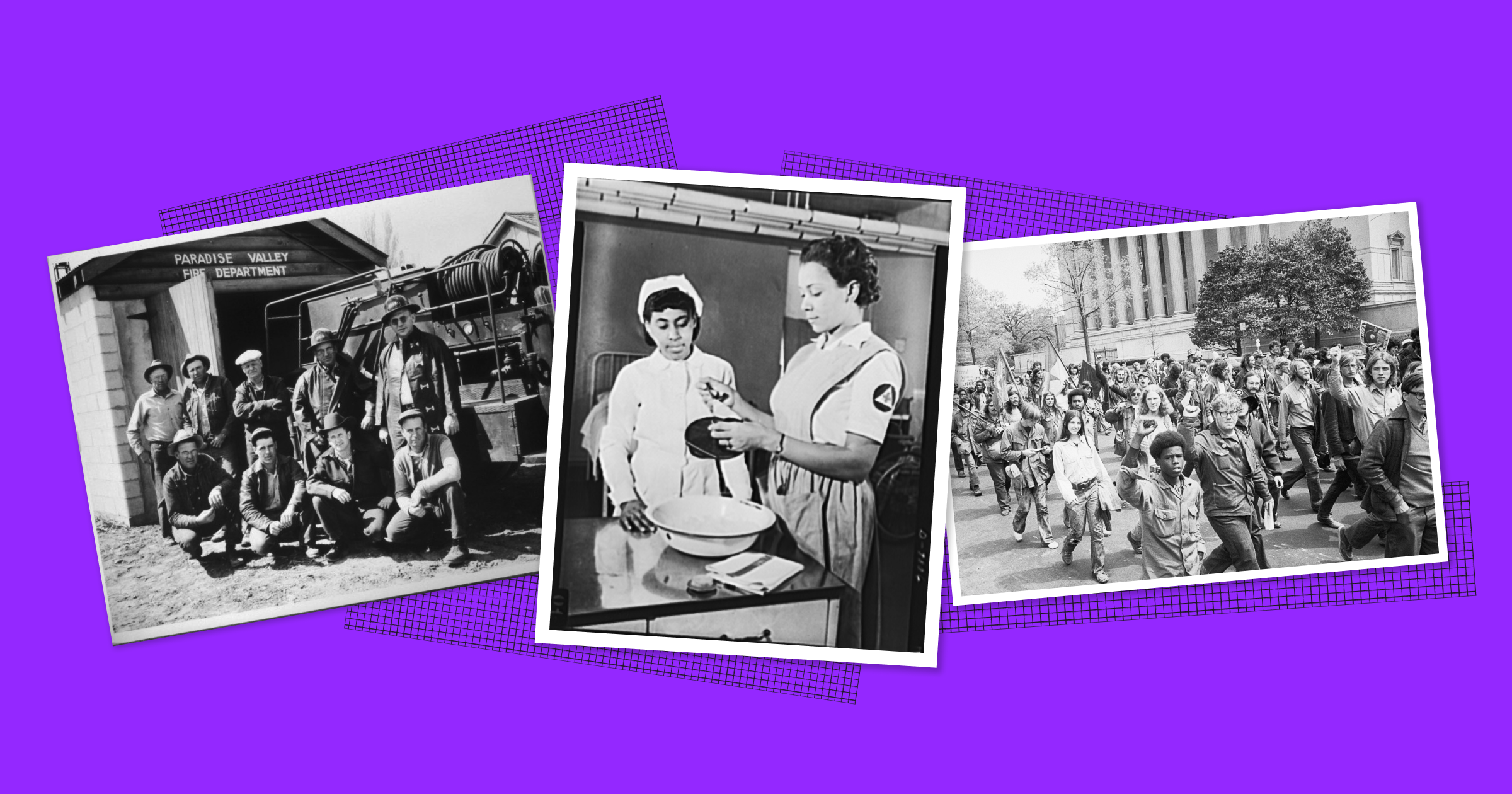 Since the formation of the United States, countless Americans have given their time to volunteering for different causes. Whatever the time called for, citizens stepped forward and volunteered their time, effort, or funds to supporting a larger mission. Without their philanthropy, many progress would have been slowed or prevented entirely.

Learn more about the different ways that Americans have volunteered throughout history leading up to today’s society.

History of volunteering in the 1700s

Early accounts of volunteerism in America started along with the urban centers that developed in the colonies. The first volunteer firehouse was started in Philadelphia by Benjamin Franklin in 1736. During this time, volunteerism was rooted in bettering the community and faith-based charity work.

The Revolutionary War was the first major volunteer recruitment effort in our nation's history. As the country recruited soldiers to join the army, everyday civilians also banded together to raise funds and boycott British goods. Throughout the country, volunteerism expanded beyond faith and the church and into patriotism. Volunteering was a way for ordinary people to demonstrate love for their country and support war efforts.

In the 1800s, America saw a surge in volunteer activity. This expanded beyond religious causes and into philanthropic causes and the social reform movement. The Second Great Awakening, the religious revitalization movement of the 1820s, inspired large groups of American citizens to get involved with the issues that mattered to them. As the country continued to industrialize, these groups kicked off the spirit of reform that would continue to define American volunteerism.

As America’s cities continued to grow, organizations aimed at addressing the wealth disparity were founded. Many of these major organizations still exist today. Some of these include the YMCA, the Salvation Army, the American Red Cross, and the United Way.

Although charitable and community-based volunteerism continued to grow in the 1800s, social movements opened up new, explicitly political ways for Americans to become involved. These social movements mobilized Americans to enact nationwide change and improve their societies. For example, the Abolitionist Movement to end slavery was a major social movement. Famous figures such as Frederick Douglass, Sojourner Truth, and Harriet Beecher Stowe exemplify the combination of political activism and philanthropic work. Their volunteering, along with countless others, shifted much of public awareness and opinion against slavery ahead of the Civil War.

The Civil War also sparked major spikes in volunteerism. It particularly engaged women, many of whom were inspired to form or join Ladies’ Aid Societies to produce and repair bandages, uniforms, and tents. Women also volunteered in the war as nurses. Clara Barton, who later on founded the Red Cross, also influenced the war.

Other social movements inspired Americans to volunteer politically to enact social change. For example, the Temperance and Women’s Suffrage Movements were some of the first movements that empowered American women to take part in public discourse.

History of volunteering in the 1900s

Volunteering continued to expand throughout the country during the 1900s. Organizations like Rotary Club and Kiwanis International coordinated volunteer projects and fostered stronger connections between businesses and communities.

The labor movement also gave Americans a larger platform to share their opinions. The formation of labor unions gave citizens more opportunities to volunteer and connect through advocacy organizations.

In the 1930s, the economy crashed and the Great Depression started. These difficult conditions caused a greater need for charitable services as many Americans suffered. This led to one of the first nationwide pushes to coordinate volunteers for community-based organizations. These included helpful resources like soup kitchens and homeless shelters.

In the 1900s, wartime volunteering continued to be a major part of American life. As the country became involved in World War I and World War II, volunteers were encouraged to collect materials, preserve supplies, and purchase war bonds.

Once the wars ended, corporations grew in the 1950s and corporate philanthropy became a large part of the volunteer landscape. General Electric created the first matching gift program in 1954, and today companies of all sizes offer volunteering programs and volunteer grants to their employees. Volunteering has become far more mainstream, even becoming part of graduation requirements in some states.

In the 1960s, the US introduced federal projects and policies such as the formation of the Peace Corps and the war on poverty. These projects connected volunteerism to federal and international priorities. Throughout the rest of the century, this mix of community-based, faith-based, corporate, and political forces kept Americans engaged with volunteerism in an extremely wide range of ways.

After September 11th, there was a massive outpour of Americans looking to volunteer. However, since then, volunteering has been on the decline. When the economy went downhill after the 2008 financial crisis, it weakened many community ties throughout the country. Many people simply did not have the time to volunteer while stuck in financial distress and crisis.

During the Trump era, many Americans looked for ways to get involved with politics and advocacy. Movements like the Women’s March and March for Our Lives introduced more people to political activism. Companies such as Mobilize also were created to make it easier for  organizations to connect with their volunteers. In the wake of the 2016 elections, our founders noticed how eager progressive activists everywhere were to make strides in digital organizing and revolutionize the way we organize. We decided to channel this unique energy and transform online audiences into real-life, people-powered movements.

In 2020, the country has seen a new increase in volunteering. The combination of the Coronavirus pandemic, the George Floyd protests, and the 2020 election inspired many Americans around the country to take action and get involved in their communities. Stay-at-home orders gave many people more free time to take action, and Mobilize, Zoom, and other new technology made virtual volunteering accessible and easy.

Since 2017, organizations have used our platform to help us build a network of over 4m ardent supporters who have taken over 15m actions—and that number continues to grow daily. We've seen supporters phone bank, text bank, sign petitions, and even attend virtual proms using our platform. During the 2020 elections, these actions helped us power the largest online mobilization program in history.

But there's still much more work to be done. Learn more about how you can volunteer and take action with us today! 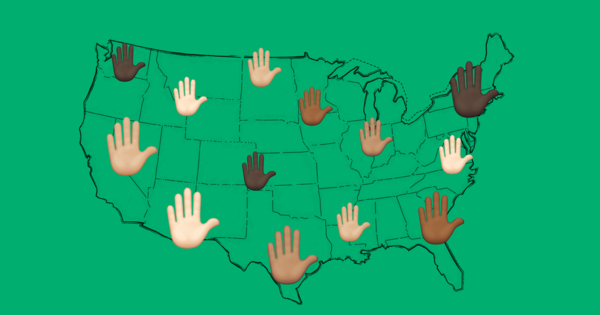 Get out the count: How to support critical census work with Mobilize and our partners 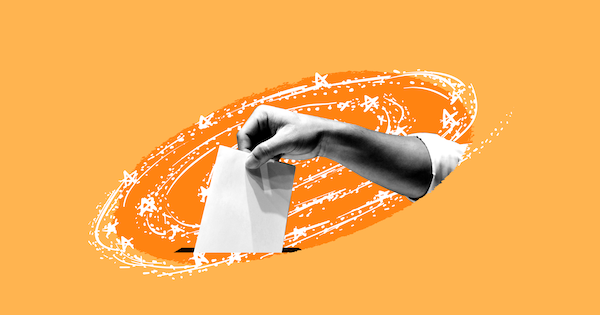