A look behind the curtain at our unique insights on this historic election. 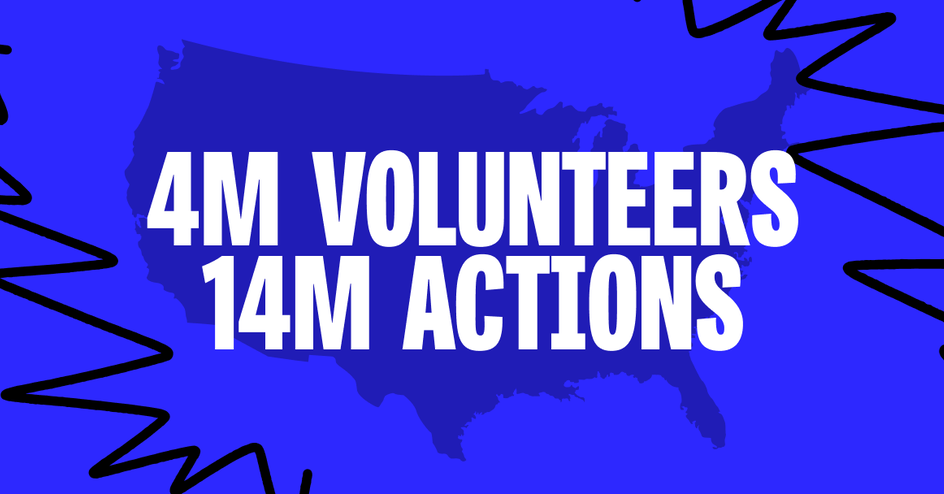 The 2016 election precipitated one of the most sustained periods of social and civic activism we’ve seen in our history.

Over the last 4 years, movements like the Women’s March, March for Our Lives, and Black Lives Matter have transformed our politics and social fabric.

In the four years since 2016, our platform has become the destination for mission-driven volunteering, and the fastest-growing network for social impact.

We powered the largest online mobilization program in American political history during the 2020 elections.

This ultimately led to major wins up and down the ballot:

We saw events across 28 different types, with 73% of shifts going towards phone banks, text banks, canvassing, and other voter contact actions.

Voters were contacted an estimated 554 million times since 2017, 84% of which happened in the final seven months of the campaign.

We witnessed spikes in donations alongside spikes in signups after major national events, like Justice Ruth Bader Ginsburg’s passing.

In 2020, 62% of all Mobilize volunteers were women, and the largest age block was 25-34, reflecting the high youth voter turnout this year.

Since April, when Joe Biden became the Democratic candidate, we saw 2.74M volunteers sign up for 10.13M actions.

When COVID-19 hit in mid-March, the percentage of virtual events on the platform went from ~25% to 99%. The Mobilize team helped thousands of partners make this pivot and adapt to a virtual environment in just a few days.

Not only was no momentum lost, but it grew stronger: more events were created and more supporters were engaged.

We saw 1.33M shifts from 551k vols in the final week prior to election day. This is 6x the levels of organizing we saw in the same time period in 2018.

These unprecedented levels of organizing played a key role up and down the ballot.
At the top of the ballot, where Biden broke Obama’s popular vote record, Mobilize drove 5.3M shifts from 1.5M volunteers across 28,000 events, including 5.1M participations to voter contact actions.

This organizing action was concentrated in battleground states, helping to turn them blue following Republican wins in 2016, and ultimately deciding the election.

In Michigan, Mobilize partnered with 70 campaigns, and powered 220.5k shifts from 70k volunteers since April.

The state ultimately voted in favor of Biden by 146,109 votes.

In Wisconsin, Mobilize partnered with 24 campaigns, and powered 139k shifts from 51.8k volunteers since April.

In Arizona, Mobilize partnered with 29 campaigns and powered 193k shifts from 61.7k volunteers since April.

In Pennsylvania, Mobilize partnered with 42 campaigns, and powered 604k shifts from 168k volunteers since April.

In Georgia, Mobilize partnered with 19 campaigns and powered 209k shifts from 75.1k volunteers since April.

The state has currently voted in favor of Biden by 12,670 votes.

We witnessed volunteers take action both in and out of their home states.

All six candidates used Mobilize as a core part of their organizing strategy. Mobilize helped drive 76.2k shifts from 30.4k vols on their behalf.

We successfully held the majority in the House. 180k vols scheduled 620k actions on behalf of Democratic candidates for the US House since April.

In state legislatures, Democrats have picked up 10 chambers since Trump became President. Mobilize has worked with 422 state legislative campaigns and caucuses since 2017.

There was no equivalent centralized organizing platform on the Republican side.

So, what comes next?

Mobilize is working with Protect The Results (PTR), a national coalition ready to mobilize if Trump undermines the results of the 2020 presidential election.

As we await final results and Trump’s reaction, some of PTR’s volunteer hosts are organizing local “Count Every Vote” events in their communities.

Two Georgia Senate races are headed to a January runoff. The Warnock and Ossoff campaigns are continuing to organize on Mobilize, supported by volunteers from state parties and progressive organizations.

While November 3rd has come and gone, the fight continues to create a more just, inclusive, and democratic world. Advocacy organizations like Swing Left, Human Rights Campaign, NARAL, All On The Line, Sierra Club, and more will continue organizing for causes like gender equality, racial justice, climate protections, and equitable education.

Mobilize is increasingly supporting the work of nonelectoral nonprofits, like Meals on Wheels of Southeast OH and Northern KY, AARP, and No Vet Alone.

Our tools have proven success increasing supporter engagement for political campaigns, advocacy organizations, and unions. We are now applying those learnings and capabilities to nonprofits, ultimately becoming the central destination for all mission-driven action. 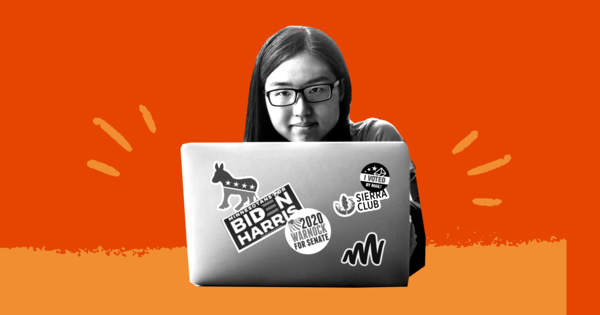 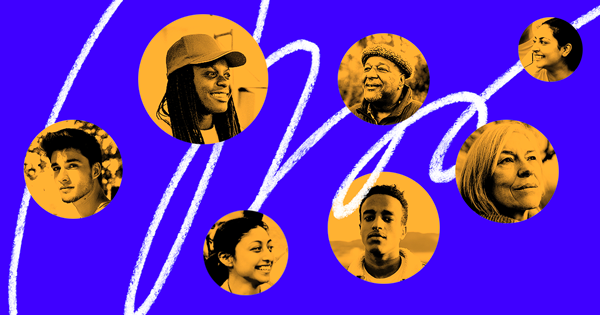 7 virtual volunteer strategies in a time of social distancing 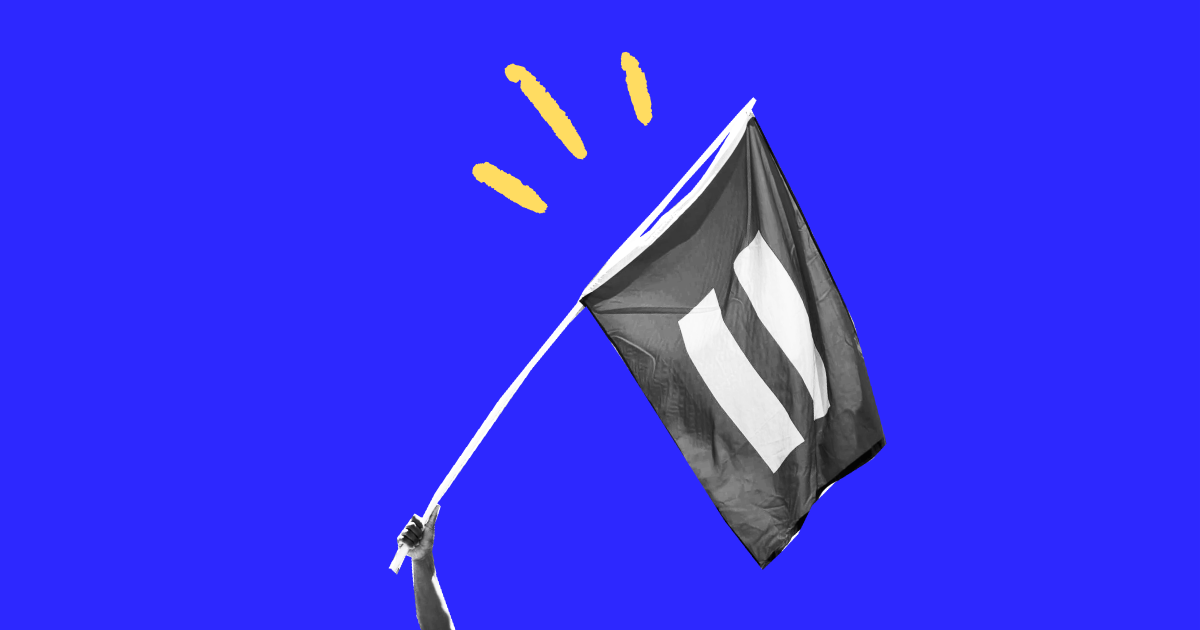