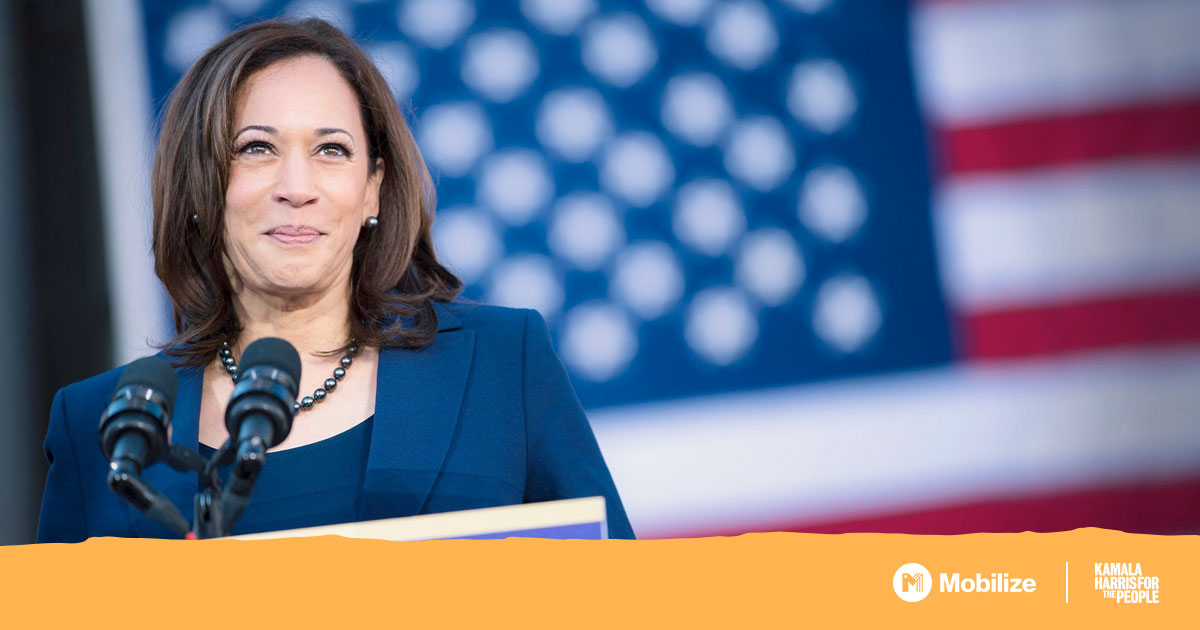 of supporters initiated a donation through the ActBlue integration

Kamala D. Harris is a lifelong public safety and civil rights leader. She was elected to the U.S. Senate in 2016, and was the first African American and first woman to serve as Attorney General of the state of California. She campaigned to be the Democratic nominee in the 2020 Presidential election.

U.S. Senator and former attorney general of California Kamala Harris announced her candidacy for president of the United States in January 2019. At the time, the field was crowded with nearly 30 competitors, making it difficult—and crucial—to grab voters’ attention and gain momentum across the country.

How do you quickly build an engaged national grassroots movement in a cost-effective way?

The Harris Campaign partnered with Mobilize early, building our technology into their campaign infrastructure from the beginning. Of all available features, the campaign’s use of distributed organizing capabilities and the ActBlue integration were particularly impactful.

When building their grassroots network, the campaign borrowed tactics from advocacy organizations. They used Mobilize as the ladder of engagement, moving passive supporters to repeat action takers to volunteer hosts to leaders in the national strategy. Instead of a top-down approach, these volunteers were given immense autonomy, especially in states with no field staff. The Mobilize team even partnered with the campaign on trainings for volunteers who were taking over dashboards as administrators. This level of empowerment built an expansive network without sacrificing overall engagement, substantially scaling the campaign’s reach.

The Harris Campaign took advantage of our newly-launched ActBlue integration and met multiple teams’ goals in the process. The campaign promoted their Mobilize events feed in social media ads, and the acquired supporters helped scale the campaign’s email list. 15%+ of these supporters initiated a donation through the ActBlue integration, bringing in enough funds to offset 50% of the cost of the ads and significantly decrease the cost per acquisition of new emails. As a bonus, donating additionally reduced the no-show rate significantly. The events team was able to make the argument for additional social media spend because it grew their volunteer base and contributed to fundraising goals.

Any campaign or mission-driven organization can mimic the Harris Campaign’s approach to building a grassroots movement through a robust distributed organizing strategy. By layering Mobilize’s partnership with ActBlue on top, events teams can justify their efforts and costs, as increased donations are a proven result of actively using the Mobilize platform. 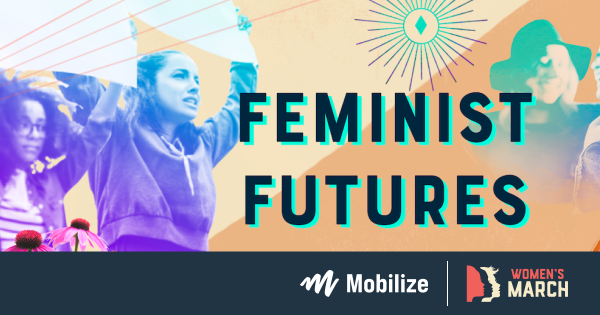 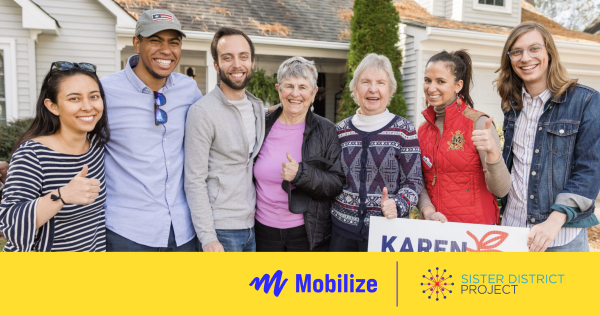